Do you remember those awkward pre-teen years? Remember feeling like you were always a little uncertain about how to act or what to say? Do you remember the burning cheeks and flood of embarrassment when you broke some social code unintentionally?

I do. But mostly because it’s a familiar sensation for me and my family these days.

We’re on missionary furlough. I shared recently that furlough is a constant reminder of a rather uncomfortable truth for missionaries: we don’t quite fit anymore. Sometimes I feel like we’re re-entering from another planet!

Image by NASA via Unsplash

Most people assume that furlough is “going back home.” In all reality, furlough teaches us that even the most basic everyday experiences “at home” are now foreign to us.

Here are a few comical and somewhat awkward moments from just the first 24 hours my family spent “back home” this time around:

My almost four-year old couldn’t figure out how to flush a toilet. She searched and searched before I realized she was looking for the familiar push button on top of the tank. She had no clue that the lever on the side of the toilet worked the same magic as the push buttons in Ukraine!

My one year old was completely fascinated by ceiling fans. He’d never seen one before.

Fast forward a couple hours. I was standing in the produce section of the grocery store, feeling completely lost and bewildered. For the life of me, I couldn’t remember if I’m supposed to weigh and tag my own produce here. We always do in Ukrainian stores. I had to covertly spy on other shoppers to figure out what to do.

That same day, Josh went to renew his driver’s license. He was afraid he was going to fail his vision test, because he read the letters out loud in Ukrainian, rather than English! Example: “H” in Ukrainian makes an nnnn sound.

That was just the first 24 hours! But these moments will go on and on for the next three months.

Why the grocery store makes me cry.

You may be thinking, “What’s the big deal? So your kid can’t figure out the toilet. So you might need to ask someone about weighing produce. These are not hard things.”

I agree with you 100%. These are simple, every day occurrences that make no difference in the scheme of things. Most of the time, we laugh and shrug them off as good “you know you’re a missionary when…” stories.

But sometimes, they also bring about a strong emotional response for missionaries. Let me explain…

Go back with me to that first morning at the grocery store. 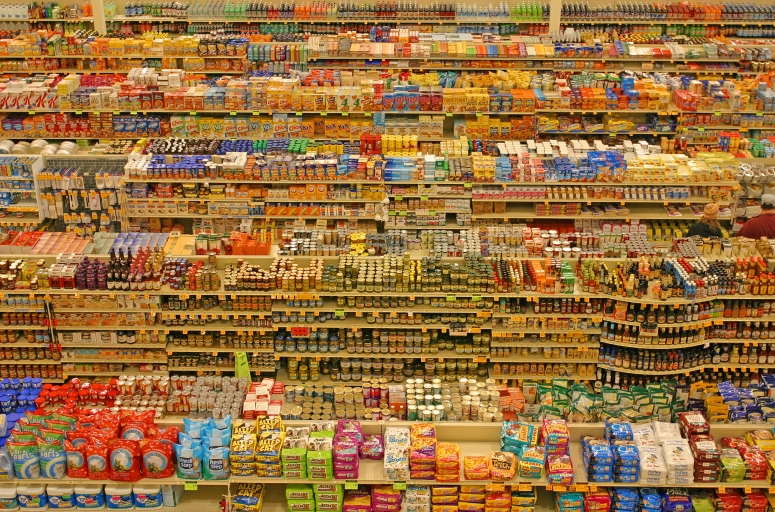 I’m exhausted and jet lagged. I’m on sensory overload. Everyone around me is speaking English. The smells are unfamiliar. The sheer number of options for any item makes my head spin. The exorbitant prices make me want to vomit.

I slowly make my way through the produce section, trying to sort out prices and options and organic versus non organic. As I place another bagged item in my cart, it hits me: I don’t know if I’m supposed to weigh these myself.

Here’s the thought process that occurs next: I weigh it myself back home. I can’t remember what you do here. Come on, Nicole. Think. How many times did you go to the grocery store before you moved overseas? Why can’t you remember? What a dork…

I cast a curious glance around to see what other shoppers are doing. I consider asking a store employee what I’m supposed to do. Maybe it’s my pride, but I hate doing that. If I just ask without any explanation, I’ll look like an idiot. If I explain that I live overseas, I might sound like a “me monster” trying to draw attention.

It doesn’t look like anyone else is weighing their items, so I opt to wait. I hope that when I get to the register, I won’t be sent back on a walk of shame to do what any other intelligent person should have been able to figure out on their own.

As I make my way through the rest of the store, my emotions build. When I check out, my stomach lurches at the fact that two days worth of meals just exceeded my budget for a week back in Ukraine.

By the time I leave, I’m literally choking back tears. And no one around me has any idea why. I’m once again convinced of a fact that I’ve experienced time and again for over twenty years: I just don’t quite fit anymore.

This story perfectly illustrates what missionaries experience over and over again “back home” – we’re out of place. It’s the simple little things like flushing a toilet or going to the grocery store that smack us in the face when we’re least expecting it.

First, because this blog is to inform about real missionary life – the good, the bad, the mundane. The norm. And this is one of those norms that are often overlooked or misunderstood.

Second, I hope you’ll take this information to heart when you’re interacting with missionaries, expats, or even foreigners in your home country. Maybe this will help you understand them a little better. I encourage you – ask them questions about their experiences! They want to tell you their stories and laugh with someone (or cry, on a given day – you’ve been forewarned!).

Third, maybe you can relate. If you’re a missionary or expat or have traveled outside your comfort zone and back home again, you’ve probably had some similar experiences. I hope this post reassures you that you’re not some kind of freak and that you’re not at all alone!

In the name of camaraderie, will you share some of your own re-entry, culture shock experiences? Let’s laugh and cry together and be comforted by the fact that we’re not in this alone!