What do you fear most in life? You may be like me. You can list a few significant worries. But one dreaded circumstance immediately pops into your mind.

My number one fear: that one of my kids will get seriously injured or sick.

That fear is compounded by living on the mission field, because I worry we won’t have the best options to treat them.

I did battle with my biggest fear last week.

My family was visiting our “adopted” grandmother (Babushka Lida) about 1,000 kilometers from home. While there, my husband spent a night and a day in a nearby city to see a friend. When Josh left, everyone was healthy.

On the second evening, our four-year-old daughter, Nora, complained that her hands hurt. I noticed a little redness and assumed she had bumped into something. But then, red splotches appeared on her face, and she started to scratch her hands in irritation. I pulled her sleeves back and found more splotches.

Hmm. That’s strange. She’s never had a rash before.

When I pulled up her shirt, I gasped. Usually I don’t like that word, because it’s too melodramatic. But in this case, it exactly describes my reaction.

Nora’s back, stomach and chest were covered with the rash. Next I found the splotches all over her legs, front and back.

I grabbed my phone and called our pediatrician, Marta. She works in our hometown, 1,000 kilometers away, so she asked for pictures. When she skimmed through the photos I sent through Viber, she told me to take Nora to a doctor that night.

My heart pounded. My thoughts raced.

You might be thinking, “Big deal! So you had to take Nora to the doctor.”

For any medical need, we have two options: private clinics and state hospitals. Private clinics are clean and offer the best medical equipment available. But they are only open during business hours.

State hospitals work around the clock. But they have no hot water and sometimes lose electricity. Little funding means equipment may be border-line archaic, and patients bring everything for their own care: medicine, syringes, bed sheets, bandages, etc. If hospitalized, patients stay in a room with up to six other people. My hospital stays here have rarely been less than a week.

Now, back to Nora and her pediatrician.

Our doctor knew it was already evening and private clinics had closed for the day. At this hour, I’d have to take Nora to the hospital.

But Josh was hours away on a train. We were staying with our elderly Babushka, who could not keep our one and a half year old son by herself. I couldn’t take Nora to the hospital without also taking Titus.

I called a friend who lives in the same city and asked if she knew a pediatrician who would make a house call. They still do that in Ukraine, which I love. “I’ll let you know,” Natasha said.

Five minutes later, she called and informed me: “I have nothing good to tell you. There’s a measles epidemic, and no pediatrician will come to your house. They’re afraid of being infected. They say you should take Nora to the infectious disease hospital, where all measles patients are being treated.”

Should I take Nora to the hospital? What if it’s not measles? Then I’m exposing her and it’s pointless.

But if I take her, what do I do with Titus? I WON’T risk taking them both.

He’s been vaccinated, too. Maybe they’d be ok.

What would Josh want me to do? Stupid cell service on the train. Wish I could talk to him better.

Maybe I could ask Natasha to keep Titus while I take Nora. No, she has a small child, too. Can’t expose them, either.

What if Babushka gets sick? She’s too old to fight off something like this!

All the while, I could hear Babushka talking to me in mixed Russian and Ukrainian. She tried to console me, but her Eastern Ukrainian approach, which I would normally identify with, was sitting badly with this Midwest-American in her moment of panic.

“Nicole, why are you so worried?” Babushka said. “Calm down. It’s not measles, I’m telling you. It’s just allergies. You gave her some kind of junk to eat. She’ll be fine. You shouldn’t be worrying like this.”

How could I not know there is a national epidemic of measles? We should have never gotten on the train to come here.

What if Nora has measles?

It’s all our fault because we moved her to the mission field. It’s my fault that she may be deathly sick in a place where I don’t understand the healthcare and I can’t get her the treatment she needs.

And there it was. My biggest fear: that Nora would get seriously ill and we wouldn’t have a good option to help her.

After several hours of phone calls and broken connections with Josh, we finally decided to keep Nora home. It seemed the wisest option and the best recommendation we received from any of the doctors.

She had no fever and no other symptoms. She’d been vaccinated. The rash didn’t look like the measles rash. I gave her an antihistamine and prayed it was only allergies. I checked her every hour throughout the night. She never developed a fever. By morning, her rash was gone.

God’s Presence Despite My Fear 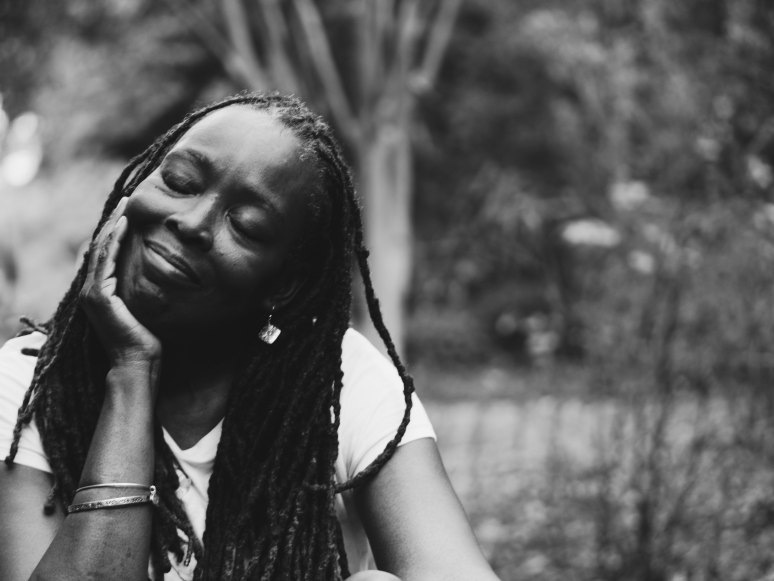 That night clearly revealed my humanity. These moments showcase my fear and lack of trust. They scream, “Nicole is not strong enough, not brave enough for this life.” They threaten to defeat me. In the face of all these thoughts and emotions, my first response is usually, “Let’s pack up and leave.”

Fear makes us want to quit. A job, school, missionary life, a relationship, even life itself. Fear paralyzes and taunts us, saying, “There’s no way out.”

And I won’t lie and tell you I’ve developed some spiritual, mature response to my fears.

That night with Nora, my heart never stopped racing. My hands shook so hard I could barely hold my phone. I constantly fought back tears. I tried (and failed) to not be impatient with Titus or Babushka. I let my fears run wild and attack me until my mind was like a bloody battleground. I lost the battle.

God knows my humanity. At the end of that horrible night with Nora, I felt God’s comfort and peace return. I felt His presence as a reminder; He had never left Nora or me. Even though I’d given no conscious thought to it, God had been caring for her when I couldn’t.

But despite my faith or failure, God will still be present, working and caring.

And He’s there for you today. No matter your fear and even if you’re failing, God is there to comfort and care for you. I hope you will turn to Him and find that comfort.

4 thoughts on “My Biggest Fear”