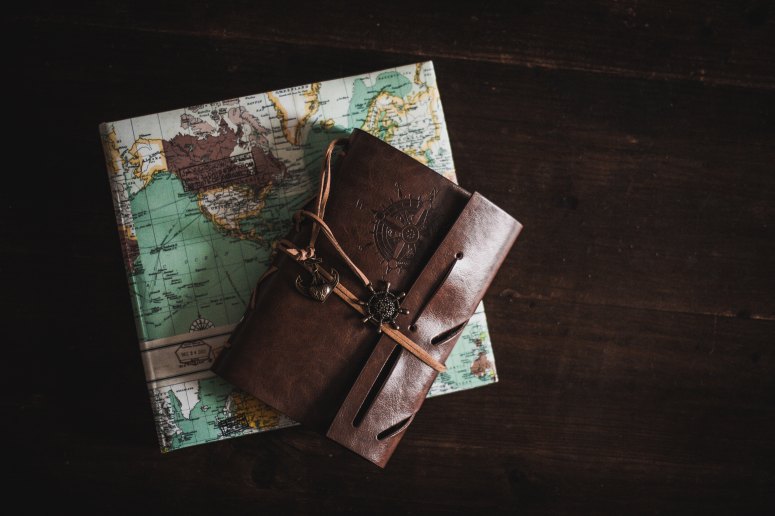 Sometimes living in Ukraine isn’t all that different from being in the States. We’re not a third world country over here.

At the same time, I realize I’m not always struck by the unusual aspects of my life anymore. Much of the experiences a foreigner might see as strange have become second nature to me.

So I spent some time considering top memories from growing up and now living as an adult in other countries.

I was twelve, and she was five. We were walking to the street market, and suddenly she was gone. I frantically scanned our surroundings until I spotted her ten little fingertips, sticking out of the ground. Those ten fingertips were clinging to the asphalt, holding her little body up inside a random hole she’d tumbled into. It wasn’t a deep hole, but it was filled with scrap metal and wood.

To this day, I’m not sure of that hole’s purpose or how my sister managed to catch herself on the way down.

2. I visited a Jewish burial ground from World War II.

As a twelve year old, I stood above a mass burial site, and every history book I’d read about World War II became a sickening reality. The nearness of those atrocities impacted my young mind and heart in a way I still remember over twenty years later.

That burial site was located in the city where I lived.

3. I hitchhiked over the Hungarian-Ukrainian border.

It was the middle of December; the landscape looked like a winter wasteland. I was traveling with two friends, trekking through the snow, carrying a backpack and wearing a head scarf. I either looked like a babushka or a young peasant woman from days of old in Ukraine.

We trudged on foot (my feet were frozen by now) to the border before we realized only cars were authorized to cross. A few minutes later, we were settled cozily into a stranger’s car, thanking her for letting us hitch a ride over.

4. I adopted a Ukrainian babushka (grandmother).

I’ve spent hours sitting at kitchen tables, learning the secrets of Babushka Lida’s unparalleled cooking. Although I’ve given up my dreams of perfectly mastering her borscht or cabbage rolls, she’s taught me about life, faith, love and hardship.

Babushka lived through Stalin’s famine and World War II. She’s told stories about being a barefoot child, running through the snow to pick up a pail of food left by a gracious German soldier. She was born in a time when many around her died, including her own mother when she was very small. Dad married her aunt shortly after, to make sure someone would take care of the kids while he was at war.

Babushka grew up, moved to the city, married and worked night shifts while also raising two sons. Their family of four lived in a one room apartment until the boys were teenagers.

Today she is one of my greatest inspirations, a woman of faith in the midst of adversity and sheer determination when others are ready to quit.

5. I accomplished pregnancy in Ukraine.

I say “accomplished” because pregnancy was a ten month, non stop challenge, for all the normal reasons, plus many more. I’ve never felt like such a foreigner, never been more confused by the local medical system. I felt brave for being pregnant in Ukraine when I had the following conversation with my doctor, who is Ukrainian.

Doc: “So, have you decided where you’re going to have the baby?”

Doc, after recovering from her look of shock: “Have you been to the hospital where you’ll deliver?”

Me, slightly amused: “Yes, I’ve actually been a patient there before.”

Doc, again, after a slight pause and with an incredulous look: “And you liked it?”

Me: “Well, it was fine. It seems like the best option for our family.”

Doc, visibly collecting herself: “Well, I hope they’ll be nice to you.”

Today he is cancer free.

7. I peed into a bucket at the head of a hospital bed.

Let me paint the full picture. I was in labor; our son’s head was ready to pop out. In between contractions, I squatted to pee, right in front of my husband, a doctor and a nurse. Then I climbed onto that same hospital bed and pushed out a baby fifteen minutes later.

What unforgettable memories do you have from traveling or living overseas?